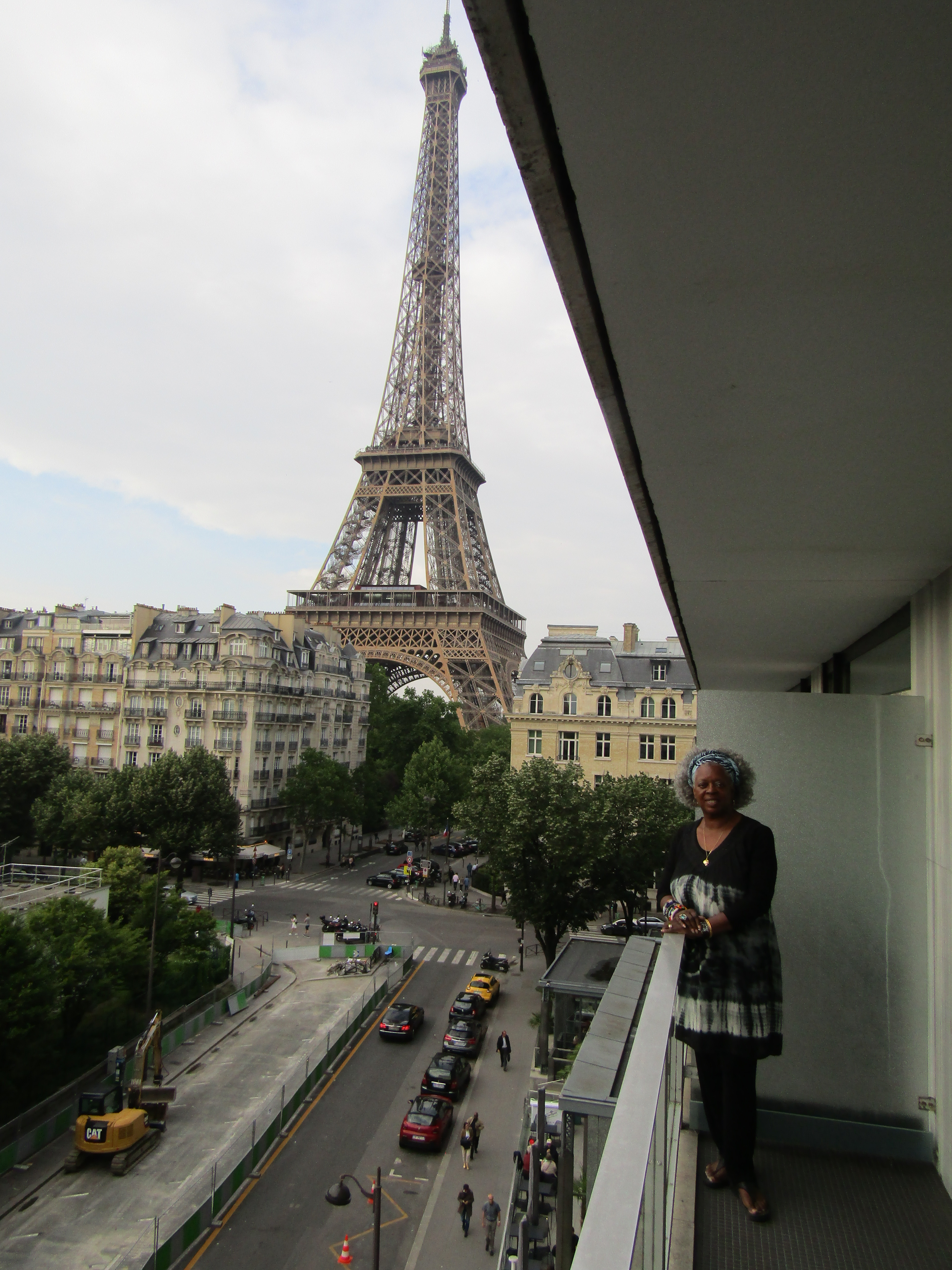 This was an amazing adventure. Teaching 100+ women to Pine Cone quilt in France with my internet friend Katell Renon. We did 2 workshops and 2 show and tells.

The first  show and tell was 2 hours from Katell’s home in Penne, France. First we ate and then went to visit 2 famous patchwork quilters from the 1990’s. Patchwork quilting did not start in France until the 90’s, as we know it. These ladies worked in the first Patchwork Fabric store in Paris and became famous making patchwork quilts. Christine Meynier and Joëlle de Baillencourt. see Katell’s article for more pictures

The first workshop was in Bezac, France. A newspaper article about our day has already come out in the French Newspaper there. 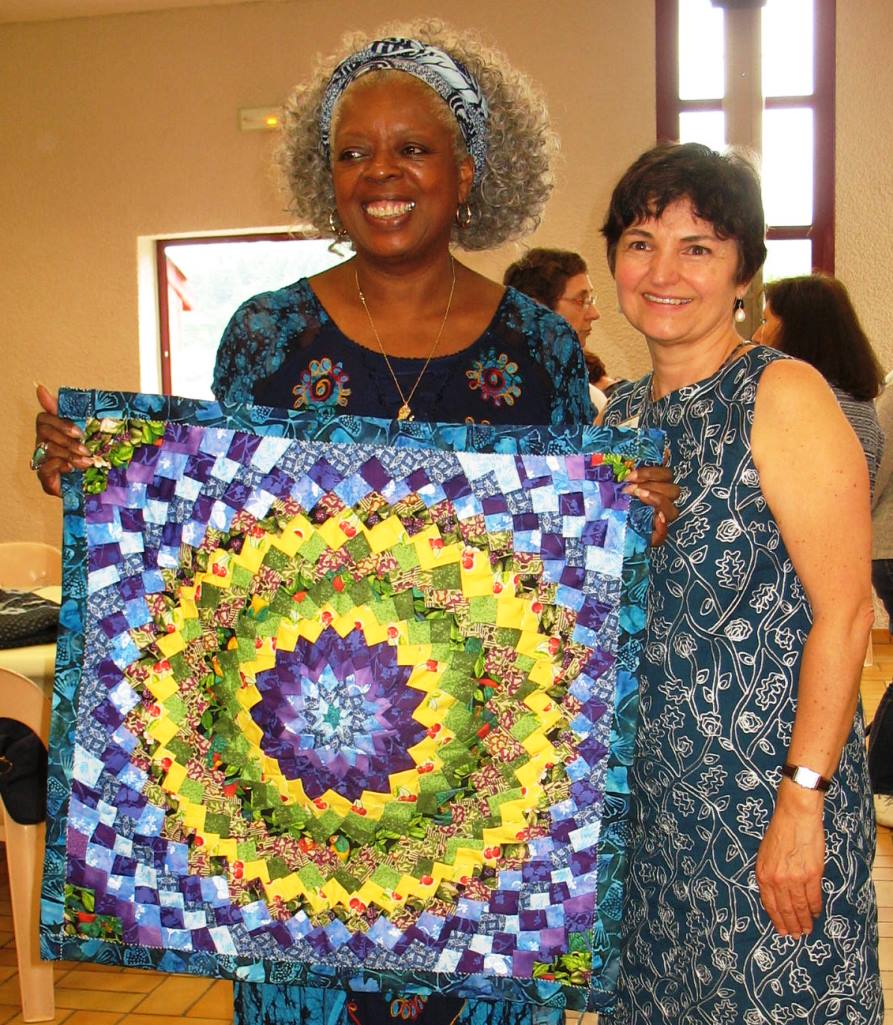 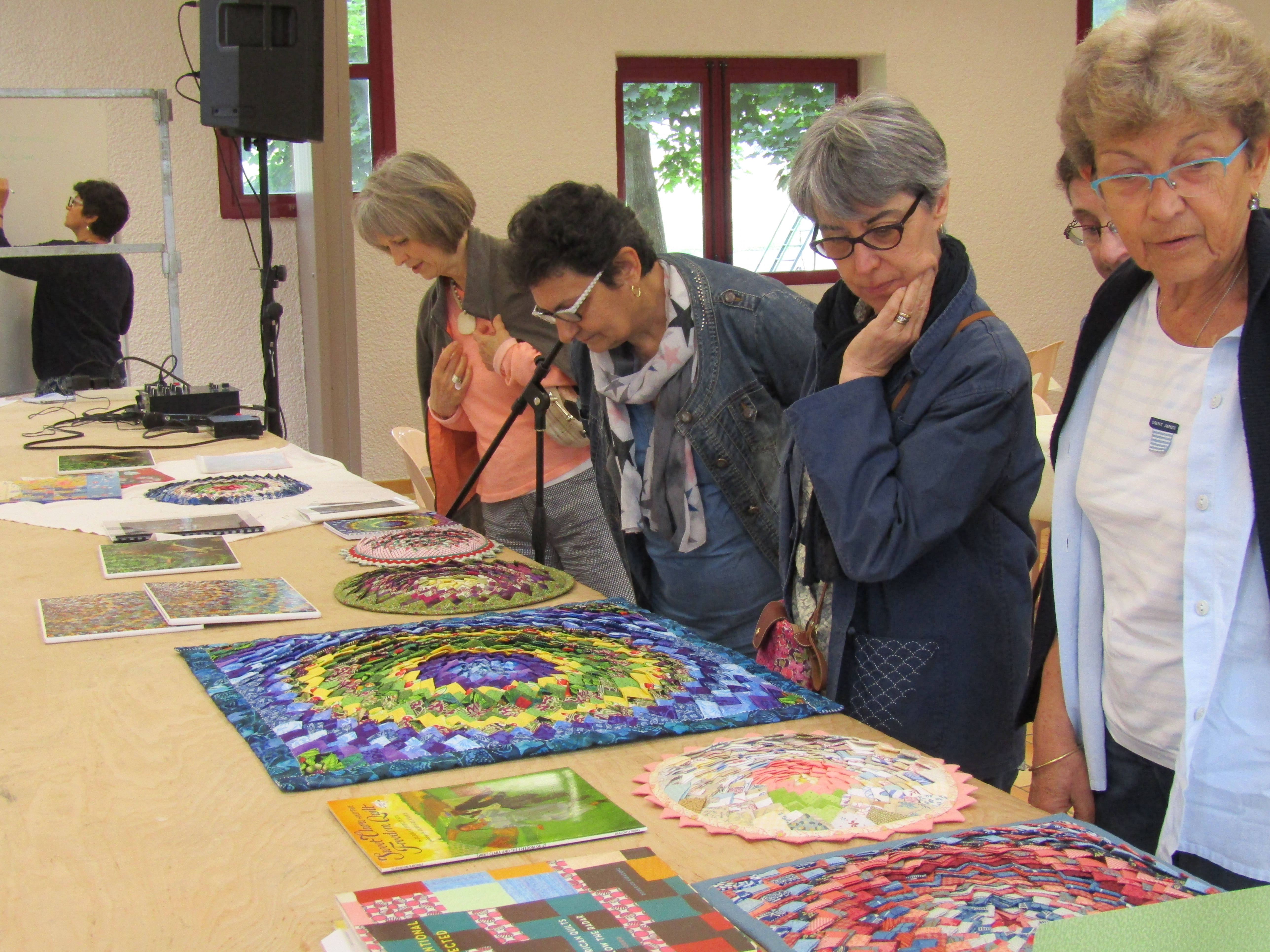 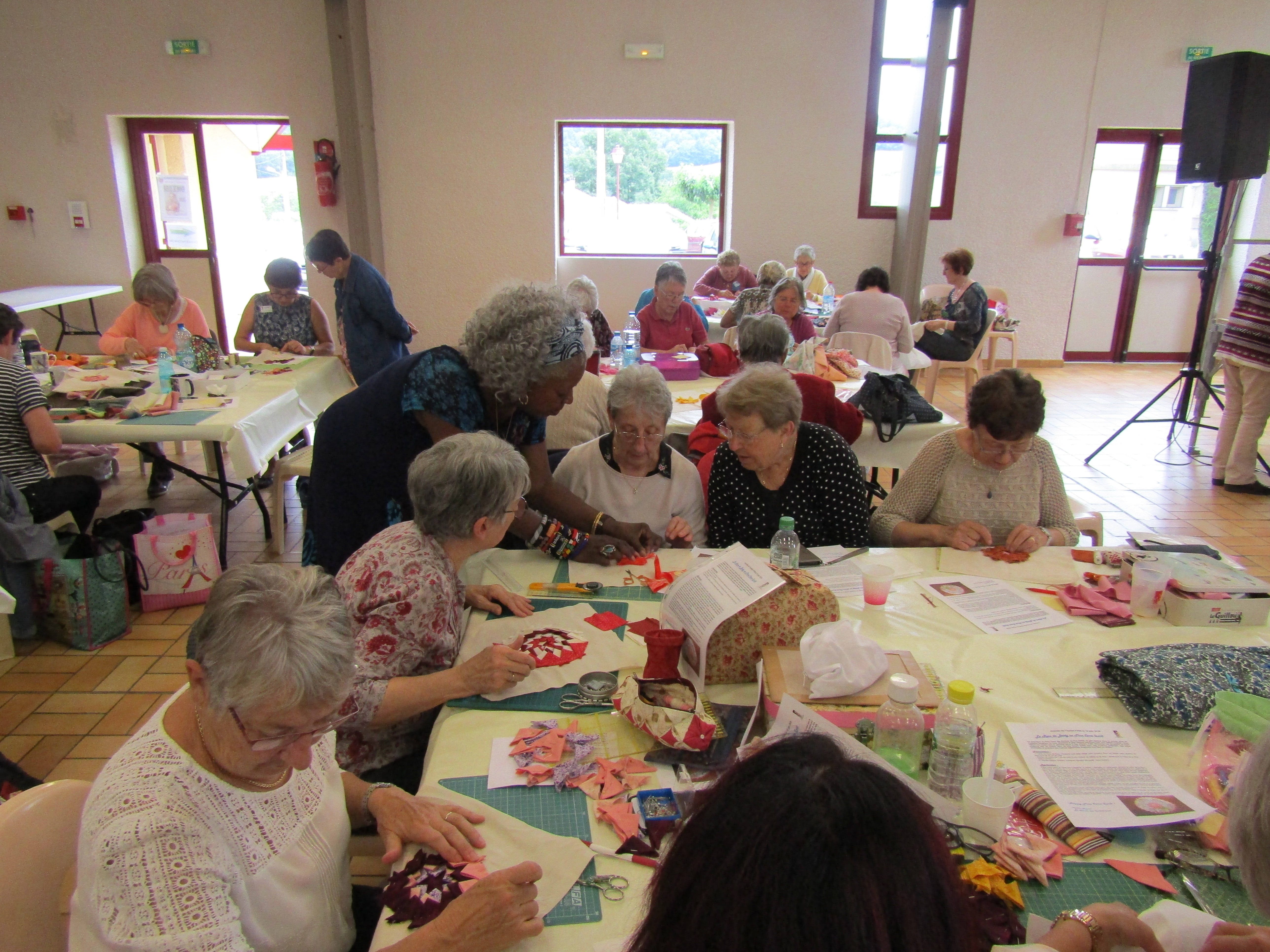 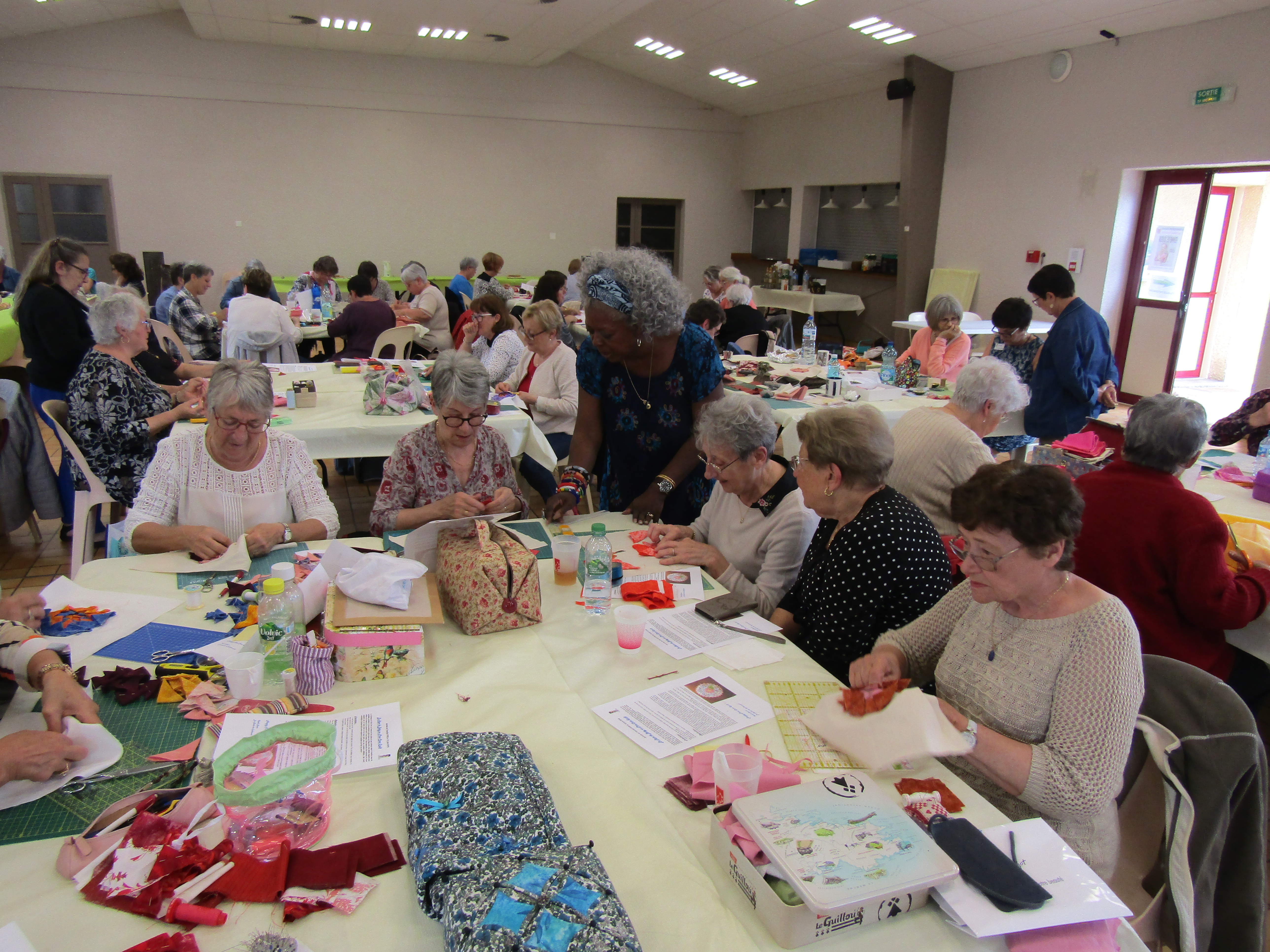 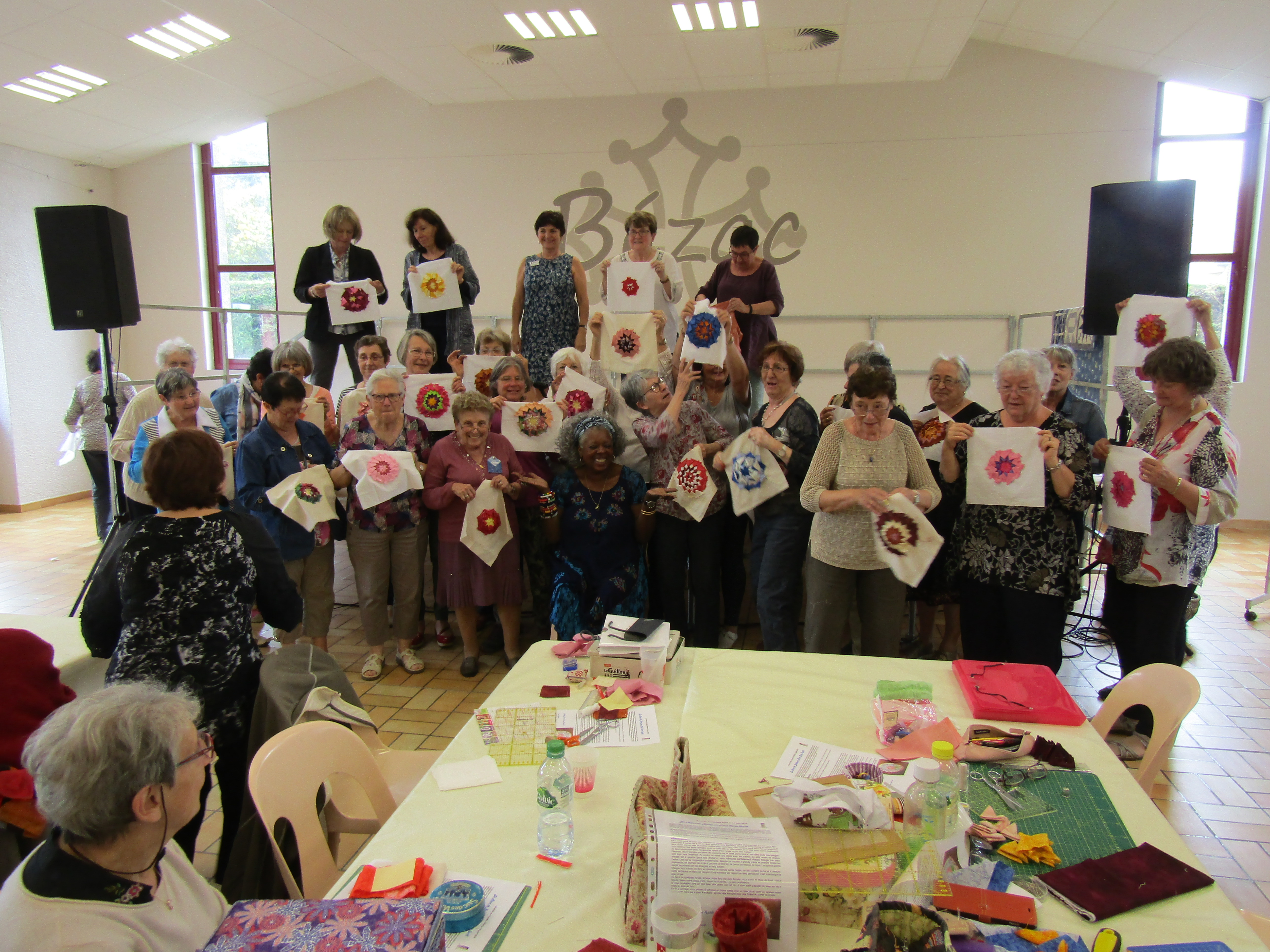 The second show and tell was at the home of my friend Katell, We stayed at her beautiful home in Toulouse for eight days.Her quilting group of 15 women are called the Beehive.The woman all made me handmade gifts to bring home.They also made pinecone quilt samples from my instructions that I sent Katell before I arrived. It appears that they love the circles more than the squares. Gingham is a French fabric design which they use a great deal of in their patchwork. They love African print fabrics.

The last workshop was  titled La Rosa de Betty en Pine Cone Quilt. It was in Les Selvages a Castres le 19 juin 2018. This is a group Katell had never met before and they welcomed us with open arms. They were very happy to meet me and had me sign pictures at the end of the workshop. 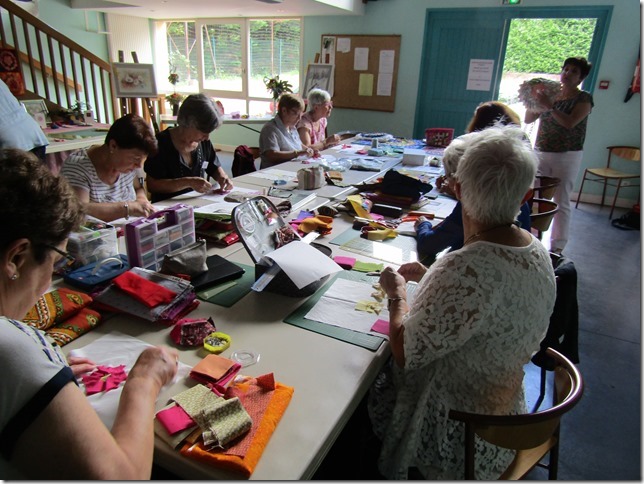 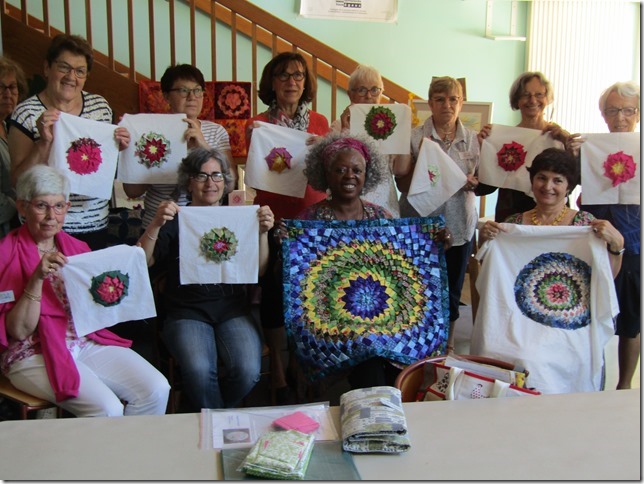 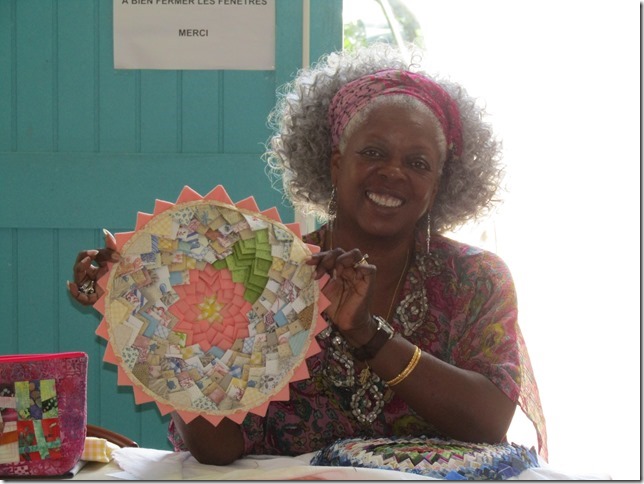 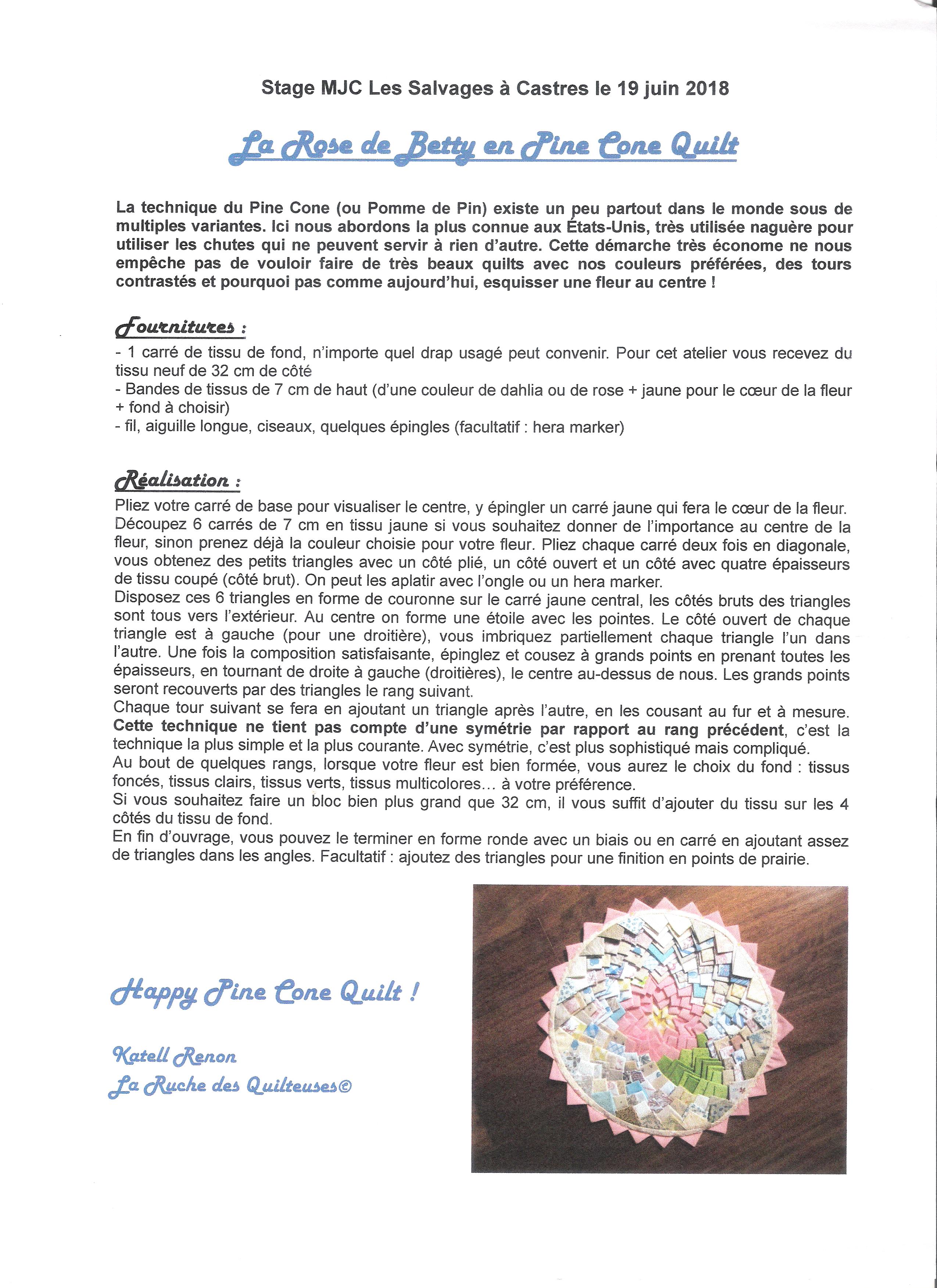